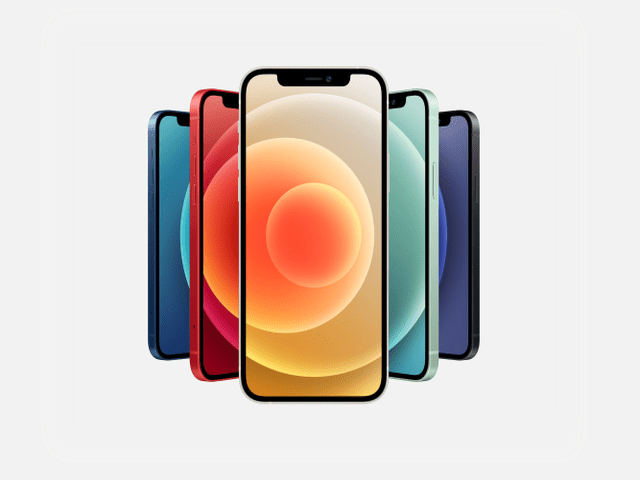 The series will launch in virtual form at Apple Park and Steve Jobs Theater. Apple will also launch two new watch models, the Air Tag, the new iPad and the new Air Pods. Apple, a well-known digital maker and world-renowned mobile brand, will soon launch some models of the iPhone 12. In the next few days, you will be able to see this fresh look of Apple, said Greg Joswick on his Twitter account. Apple has announced the launch date of iPhone 12. They launched the mobile online event on September 15 at 10.30 pm Indian time.

The series will launch in virtual form at Apple Park and Steve Jobs Theater. Apple will also launch two new watch models, the Air Tag, the new iPad and the new Air Pods. It sets the iPhone Pro to become the most expensive phone of 2020. The shocking thing is that there is talk that Apple will use Samsung’s display on this phone. The Display Supply Chain Consultant (DSCC) said in its report that they will launch four models in the iPhone 12 series. The phones will be iPhone 12, iPhone 12 Max, iPhone 12 Pro and iPhone 12 Pro Max. They will launch these phones in the second half of this year.

According to the report, three of these phones will use Samsung’s display. The iPhone 12 will feature a 5.4-inch screen. This display will be Samsung’s OLED display. The display has a resolution of 2340×1080 pixels.

How many does it cost?

We expect the iPhone 12 to come with a 4400 mAh battery. This battery will be Apple’s highest capacity battery ever. The base variant of the iPhone 12 is likely to be cheaper than the iPhone 11. According to a report released a few days ago, the iPhone 12 series could cost between 600 to ​​700 dollars.

Apple’s most advanced iPhone 12 (Apple iPhone 12) smartphone will be launched in a few minutes.

The iPhone 12 has HDR10 support, A-14 bionic processor, strongest glass for body protection, wireless charging and dual SIM support. It is priced at around Dollar 799, which is Rs 56,000 in Indian currency.

For Apple iPhone 12 Pro and Pro Max photography, a triple rear camera is given which is on the rear panel of the phone with LED flash. It has a 12-megapixel primary sensor with f / 1.6 aperture. This sensor is an ultraviolet angle lens that aids a focal length of 26mm. This sensor of new iPhone comes with OIS feature.

The second sensor also comes with an f / 2.0 aperture and is a 12-megapixel telephoto lens. This camera sensor of the phone supports 4x digital zoom with 52mm focal length. This lens also comes with OIS feature. The third sensor is 12 megapixels for depth sensing.

Along with the camera, this smartphone also has the features of Ultra-Wide Mode and Night Mode.

Apple has launched its iPhone 12 series with the latest iOS 14. This new operating system comes with a redesigned home screen with more customization features than ever before. With the old Today View in iOS 14, widgets can be added to the home screen in a variety of sizes and shapes. There is a new “Widget Gallery” and “Smart Stack” widget for purchasers to add and customize widgets. Along with the new app library, iOS 14 also has outstanding features of security and app management.

As mentioned above, the iPhone 12 series is Apple’s first 5G iPhone series. Both Apple iPhone 12 Pro and iPhone 12 Pro Max have 5G support. These phones run on Apple Bionic A14 chipset built on 5 nanometer fabrication. Notably, the chipset is built on a 16-core neural engine. The company claims that it can boost performance by up to 80 percent. Apple’s chipset comes with Artificial Intelligence technology and performs AR tasks fast and lag free. Apple says it’s super-fast, more advanced and more secure than ever. You know, the company never discloses RAM. This time, however, no information was given.

They have launched the iPhone 12 in six different colors. Its display will support HDR10. Wireless charging and dual SIM card support. The second SIM in the phone will be an e-SIM.

‘Apple iPhone 12’ launch
Apple has launched the iPhone 12. Tim Cook said the iPhone 12 is the most powerful smartphone. This mobile has 5G support. It also comes with 4 GBPS speed.

They make the body of the Home Pod Mini Speaker from fabric. The company also claims strong security. The leader will automatically connect to the iPhone speaker. It will also have Apple Siri support. This speaker will help you find your iPhone. It has price at 99 99 (Rs. 7268). It will go on sale from November 5.

Traditionally, Apple Park was initially visited. With that, they launched the launching event. Tim Cook then took to the stage and refreshed his memories of the previous event.

Features in iPhone 12
iPhone 12
The 6.1-inch iPhone offers 5G connectivity. It also has a dual camera setup on the real panel of the phone. The only difference between the two devices is the screen size. Both phones have OLED display support.
That would be its design
According to a report, the design of the iPhone 12 is like that of the iPhone 4. The company had launched this model in 2010. The new iPhone could be a flat edge and a stainless-steel frame.

Apple’s most advanced iPhone 12 (Apple iPhone 12) smartphone will be launched in a few days. We expect the iPhone to launch four new phones of the iPhone 12 series this year. The first of these phones is now being launched. Live streaming of the event will begin on Apple’s official website.

Enormous loss for Apple: Shares of the company fell 4% before the launch of the iPhone 12, the company’s valuation fell by Rs 6 lakh crore

Shares of the company fell 4% before the launch of the iPhone 12, the company’s valuation fell by Rs 6 lakh crore | Foreign, International – Divya Marathi
No ad for you

Apple launched its first 5G iPhone on Tuesday. Shares of the company fell 4% on the U.S. stock market just before the event. This reduced the company’s valuation by 81 81 billion (Rs 5.94 lakh crore). However, the stock increased slightly until the it closed.

Prior to the event, investors sold many shares of the company in the stock market. According to media reports, Apple shares were at a low of 9119.65 per share before the event, as of 1 a.m. local time on Tuesday. This cost the company a total of 81 billion. However, by 3:35 p.m., the stock was trading at 1121.97 per share. Apple’s stock finally closed at 121.10 per share in the US market Nasdaq.

A phone designer called Jonas Dehnert has created a display image of the Apple iPhone 12 following a leak that has come up so far. These photos show that the design of the new iPhone is the same as the iPhone 5.

According to Leaks, the company is bringing back the design of the iPhone 4 and iPhone 5 through the iPhone 4 Pro I model. However, the new phone may be offered with flat glass instead of 2.5D glass. In addition, it will give the phone an edge-to-edge screen and a very thin bezel. Compared to the iPhone 5, it will be bigger but thinner. The company launched the iPhone 5 in September 2012, 8 years ago. Although this information related to the design is currently leaked, there is no confirmation from the company.